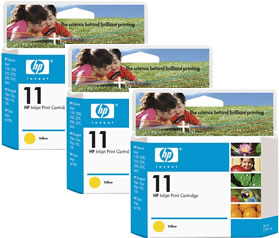 HP and Staples named in an antitrust lawsuit

Boston resident Ranjit Bedi has filed a class-action lawsuit accusing hardware maker HP and office supply retailer Staples of conspiring to inflate the price of printer ink cartridges in violation of federal antitrust law. He alleges that HP has apparently paid Staples $100 million to refrain from selling inexpensive third-party ink cartridges. However the suit doesn’t disclose how the plaintiff arrived at that figure. Apparently printer ink revenue is a major source of income for printer companies. The price of ink for HP ink-jet printers can be as much as $8,000 per gallon. HP is currently the leader in the printing market, and a considerable portion of the company’s profits come from ink. There is silent war brewing between printer manufacturers and third-party vendors that sell replacement cartridges at a fraction of the price. Ranjit Bedi’s suit asks for unspecified damages and an injunction barring the two companies from engaging in anticompetitive business practices.

Apparently printers monopolize the ink distribution network and have become increasingly hostile. In the past, HP, Epson, Lenovo and other companies attempt to use patents and even the Digital Millennium Copyright Act in their efforts to crush third-party ink distributors. The printer makers have even started using the ink equivalent of DRM. They have started using microchips embedded in ink cartridges that work with a matching technical mechanism in the printer that blocks the use of unauthorized third-party ink.
Source