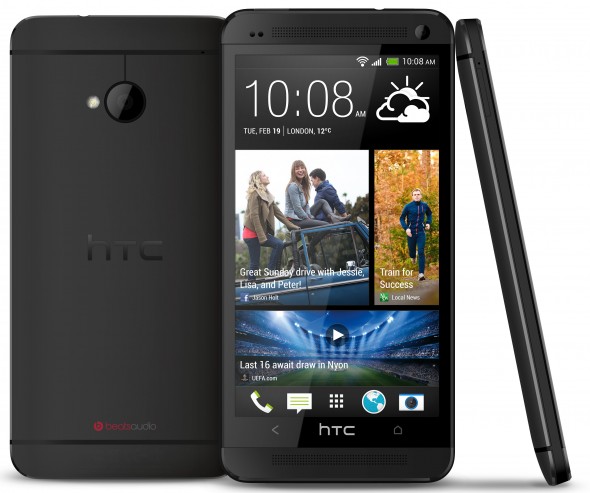 How the HTC One may fare against the Galaxy S IV

There’s so much to behold with the arrival of the new HTC One. The phone in itself can manage to stun you with extremely good ergonomics, thanks to the aluminum body and all that goes with it. Additionally, it just feels good in the hand of a familiar Android user. Yet, we wonder how it could fare against the hyped Samsung Galaxy S IV. It comes with a 4.7-inch display with 469ppi that outdoes the 441ppi that the SIV is rumored to arrive in, albeit, with a 5-inch spec. Looking deeper, both LTE handsets will compete with the SIV rivaling the One’s Super LCD3 against its Super AMOLED. Deeper in, The HTC One will offer Corning Gorilla Glass 2, just as the SIV. The battle between the HTC Sense UI v5 and TouchWiz UI will also be on. Both devices will support memory of up to 64GB, 2GB RAM, offer usual connectivity clichés including NFC. However, the 4-megapixel offering of the HTC One may be crushed by a 13-megapixel offering by the next Samsung Galaxy S IV.


All said and done, we have a more realistic approach towards the HTC One which arrives at its ergonomic best whereas the Galaxy S IV presently hangs heavily on the threads of rumors. So, time alone shall tell who retains the finest smartphone experience.