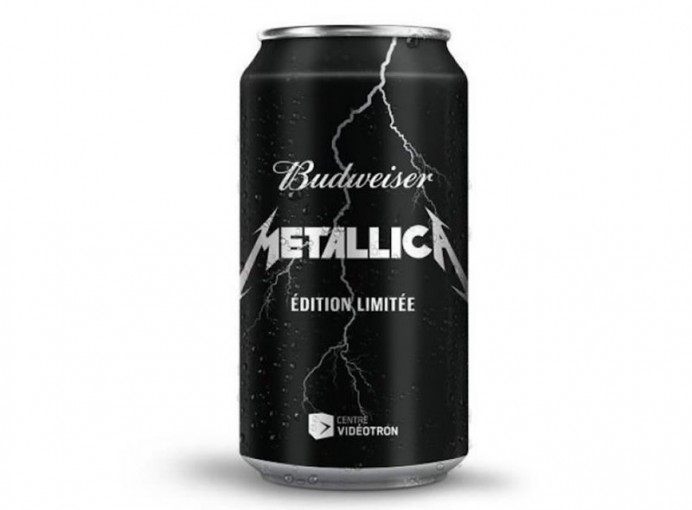 How metal will the Metallica Budweiser beer be?

If you’ve recovered from the alliteration overkill in the headline then yes, let’s come to the point. Thrash Metal heavyweights Metallica have gone on to tie up with Budweiser. The result? A cool limited edition version of Buds that is co-branded by the band and the beer. One report states that there will only be 91,000 cans produced, while we’re still unsure of this number. Also, the beer will only be sold in Quebec, Canada only. The can look rather snazzy with a cool black finish, taking us back to the band’s classic, Fade To Black era. The band and the beer have to together to celebrate the opening of the Centre Videotron. It goes without saying that the heavy metal legends performed a gig there.

Before the gig, a statement by Budweiser read, “During the concert, the sonic vibrations from Metallica’s music will be infused into the liquid, creating the rock and roll recipe.” This isn’t a first though. Iron Maiden, another legendary heavy metal act from the UK ran their branded beer some time ago.