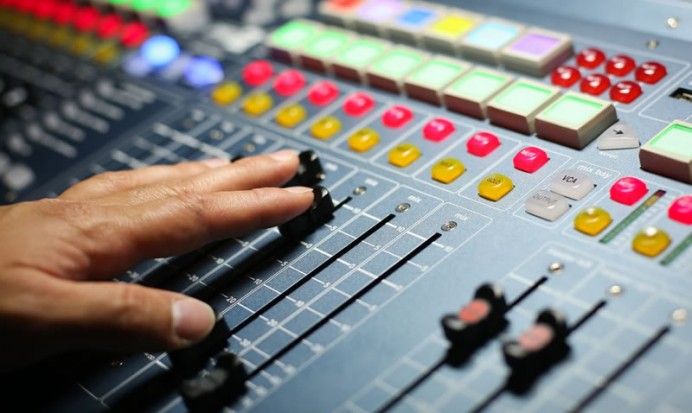 How Bitcoin Could Change the Future of the Music Industry

Since Bitcoin was invented in 2008, there has been a lot of speculation as to whether this form of cryptocurrency will take off as a mainstream form of currency, or function purely at the darker fringes of the internet. Some associate Bitcoin with terrorism, and see it as encouraging illegal activity. However, there has recently been a lot of attention for Bitcoin from the music industry.

The internet has made music more accessible than ever before, connecting musicians with audiences around the world and giving independent musicians the ability to grow a fan base from the comfort of their own home. But the industry is rapidly decreasing in value, as fans download music for free, leaving the artist penniless. The main complaint of musicians when it comes to getting paid is royalties, which can take years to reach the artist. Royalties are collected by Performance Rights Organizations (PRO) who control the payments for specific countries. But the process in which the payment actually reaches the artist is a little hazy and takes a long time to come through, causing delayed payments—or in some cases no payment at all. “Between 20 to 50 percent of music payments do not make it to the rightful owners” states Alan Bargfrede, Associate Professor at Berklee.

But How Can Bitcoin Help?

Bitcoin allows instant payment and cuts out the middle man (PROs). Entrepreneurs working with blockchain technology are envisioning a time when all songs will have their own unique ID which will be recorded on the blockchain, just like Bitcoins are, meaning songs can be monetized in the same way as Bitcoins. Blockchain technology is essentially a digital transaction log that records the time of purchase and how many Bitcoins are owned, and can be reviewed to confirm transactions. New music-tailored blockchains like MUSE are now coming onto the scene, to make monetizing music easier. Thanks to the MUSE blockchain, artists can now receive 95% of sales, which could completely revolutionize the profitability of the music industry.

Another benefit of Bitcoins is that they can be used for extremely small amounts of money, so every stream, view or download can be paid for instantly. Paying for streaming could dramatically change the music industry, as so much music can currently be streamed for free from sites like YouTube. If blockchain technology infiltrates the music industry, the real effect will be seen on the unsigned independent artist.

Nowadays, emerging musicians can promote their work online, through platforms such as SoundCloud or YouTube, and even web hosting companies like 1&1 that allow artists to make websites that showcase their music. Unsigned bands can rally a huge online following, have thousands of views on YouTube and countless likes on Facebook, but still be living in their parent’s attic; because even though many people listen to their music, no one is paying for it. By using blockchain technology musicians will be able to charge for their music to be played online by tracking it, which will mean royalty charges cannot be avoided.

Whether or not Bitcoin will ever become a widely used form of currency is up for debate. Nevertheless blockchain technology has revolutionized the way people view eCommerce, and if big record labels and musicians ever switch to Bitcoin, the music industry will certainly be completely transformed. Only time will tell if this phenomenon will ever really take off.