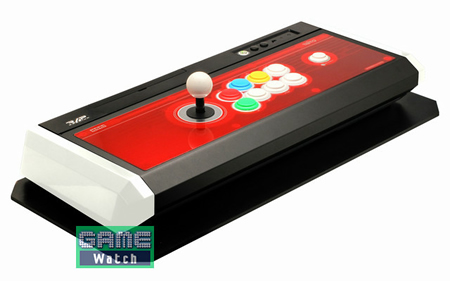 HORISTORE.com has just announced a couple of new arcade style controllers for both the PS3 and Xbox 360. The ‘Real Arcade Pro.3 Premium VLX’ is designed for the PS3 and the ‘Real Arcade Pro.EX Premium VLX’ is for the Xbox. Based on the customizable0 ‘Vewlix’ design form the controllers have a compartment that is revealed when the top panel is tilted open. There’s also space to store additional buttons, in case you go a little crazy and destroy one in a frenzy of fighting of daemons or whatever. The basic difference between the two controllers is the button colors and the premium edition also has earphone connectors and controls on the top. The controllers are available on pre-order and are priced at about $330 each.