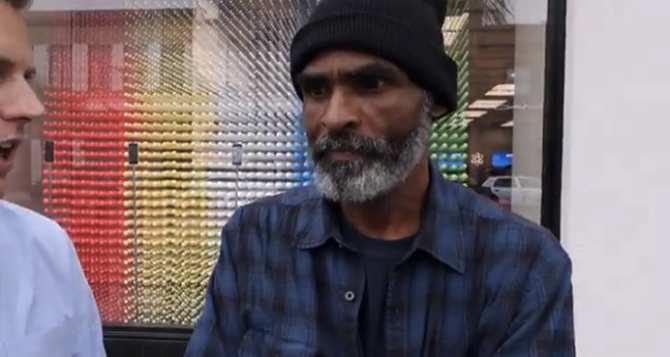 It’s tragic what gizmo-lust can lead people to do. A bunch of homeless folk were approached by a shrewd iPhone enthusiast with a promise of gratification if they would stand in queue in his place and secure a few iPhone pieces for him. Unfortunately, they ended not being paid and stranded as the deal-maker seemed to have vanished. The incident took place at the Pasadena Apple Store. Dominoe Moody, 43, said he was taken to Pasadena from a downtown Los Angeles homeless mission in the company of several people like him, to wait in line overnight for the latest iPhone. He was promised a decent $40 for his patience and time but as soon as he handed the man the iPhone, his would-be benefactor was arrested. “It didn’t go right. I stood out here all night,” he said. Now that’s a tragic little incident in Geeksville.


Pasadena Police Lt. Jason Clawson said that a fight broke out at 9 a.m. as a man left the store with multiple iPhones. As if this wasn’t enough, his other minions turned against him as well, claiming that they were not paid enough. He is said to have recruited around 80 people.