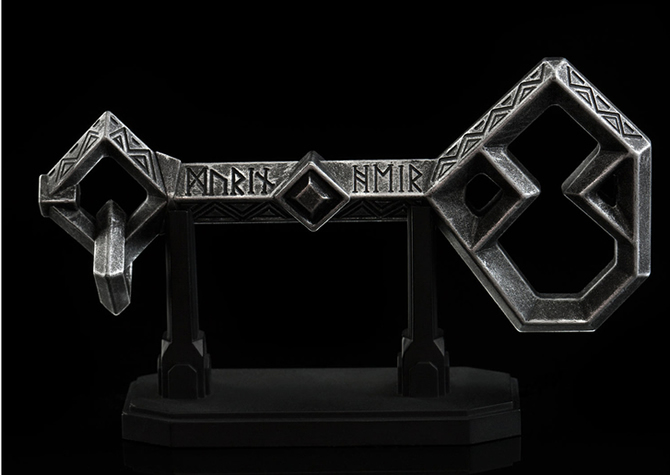 In the world of cut-throat competition, companies often have to stray off the beaten path to gain competitive edge over others. Banality of cinema promotion is broken every once in a while by ad campaigns that choose not to follow the tried and tested path and rather offer something refreshing, something amazing. Offering free goodies to capture the attention of audience might be an old trick, but as an ‘industry first’, to promote ‘The Hobbit: Desolation of Smaug’ that’ll hit the cinemas on the 13th this month, Microsoft and Warner Bros are offering a free blueprint to 3D print The Key of Erebor from the film as a part of its new ad campaign.

The ad campaign launched today will run across Windows 8, MSN, Xbox 360. The 3D printer blueprint will be accompanied by interactive information about character biographies, artefacts, events, the characters themselves, desktop wallpaper, behind the scenes videos and more. The campaign call-to-action drives consumers to the official Hobbit movie website, where the tickets to the latest installment to the Hobbit movie can also be booked. But oddly enough, the blueprint will only be available from 13th December onwards and considering the fact that most of us don’t have the access to a 3D printer, does it sound like a good move?
[Via – Pocket-Lint]