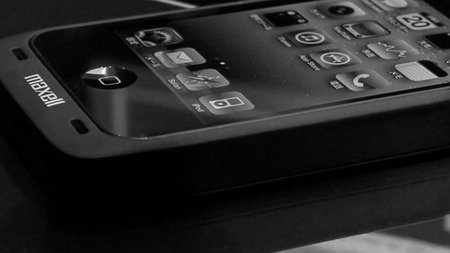 Hitachi Maxell has launched a wireless charger for the iPhone 4 at the Smart Energy Japan 2011. The charger which is due for release on April 25, comes with a special-purpose protective sleeve which is attached to the phone and then placed on a charging pad. The pad is available in two sizes, single and double, with the double size able to charge two iPhones simultaneously. The sleeve comes with a dual purpose, as it can be used like an ordinary protective cover and the phone can be charged even if it’s placed at an angle. So that’s convenience and no fussy cables; and we’re believers.

The technology for charging phones on an angle uses a coil array method developed by the Hong Kong-based Convenient Power. The charger is also the first in Japan to conform to the Qi wireless charging specification, which means it can be used with other Qi-compliant manufacturers released in the future. The charger retails at 3,000 yen ($36) for the sleeve, 5,000 yen ($60) for the single pad and 7,000 yen ($83) for the double pad.
[DigiInfo]