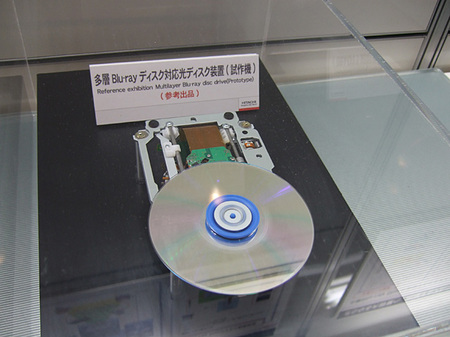 At Ceatec 2007 in Tokyo, Hitachi showcased experimental 4 layered Blu-Ray discs which can hold upto 100GB of data. The company is working on signal quality stabilization in addition to changing the lens focus so it can read and write data on 4 layers. Hitachi is also researching 8 layer Blu-Ray media which can hold upto 200GB of data but with 8 layers the reflected laser from the disc decreases which weakens the signal. However by boosting the signal the data on the disc can be accessed.
(More Blu-Ray developments from Panasonic after the jump)

Panasonic has developed a royal purple laser system for Blu-Ray which supports 8X speed. A company spokesman said that the 10,000 RPM speed limits the development to 12X speeds. 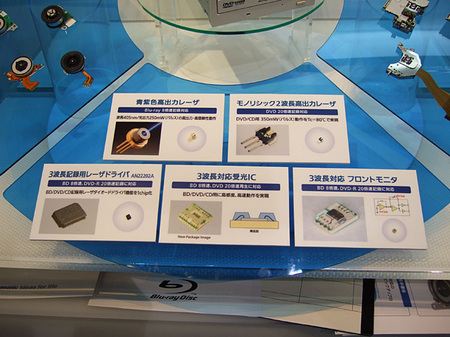