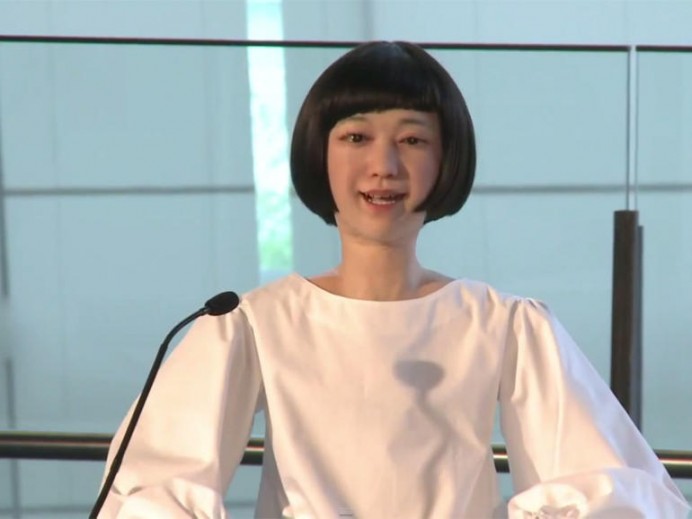 Ah, at times, we do hate newscasters. Not because we’ve got personal grudges against them, but simply because of the fact that these poor souls bring us the worst news possible. That said, the world may soon begin falling in love with newscasters. Not because news agencies have begun hiring beautiful women, they’ve tried that before too. But because of the fact that our early morning news could soon be read out by an Android! Professor Hiroshi Ishiguro, director of the Intelligent Robotics Laboratory at the Osaka University Graduate School of Engineering Science, recently unveiled the robots at an exhibition called ‘Android: What is a Human?’ at the National Museum of Emerging Science and Innovation in Tokyo!

The robots unveiled by Ishiguro are called the Kodomoroid (kodomo meaning “child”) and a woman called Otonaroid (otona meaning “adult”). These robots can interact with humans, read the news and read Tweets in a bunch of voices too! Sporting silicon skin, the robots do have limited facial movement but that just adds to all the geeky awesomeness! The robots will find a home at the museum itself and will interact with visitors and collect data for Professor Ishiguro’s researches in human-robot communication too!