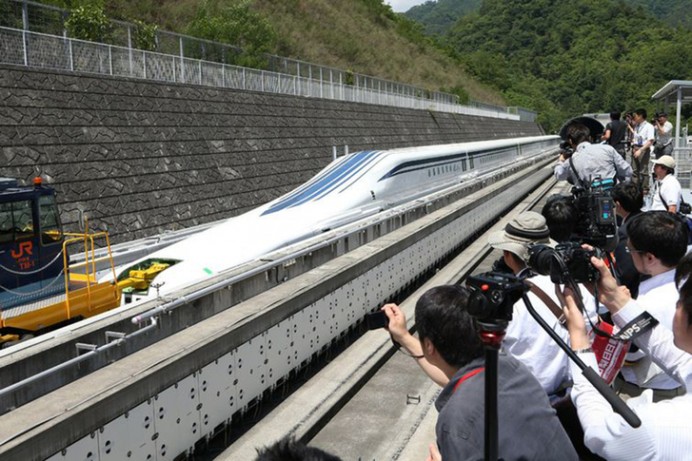 We’ve been talking about the maglev train and its wonders for over a year now. Truth is, Japan are just as efficient as you can expect them to be. The stunning 500 kmph (310 mph) running train has finally hit the tracks with passengers who couldn’t get enough of the experience. The Central Japan Railway Company is conducting test runs for eight days, where the Shinkansen train will cover the proving grounds at the Tamanashi Prefecture. The train’s efficiency will bring down the travel time between Tokyo and Nagoya from hundred minutes to a mere forty minutes. As we had mentioned, the final route will be expected to run from 2027, which is a long wait. Head after the jump fir the video.

Currently, there is one magnetic levitation (maglev) train making rounds in China. It’s known for its 268 mph top speed. What makes these trains really quick is the lack of friction between the train and the track, thanks to levitation.