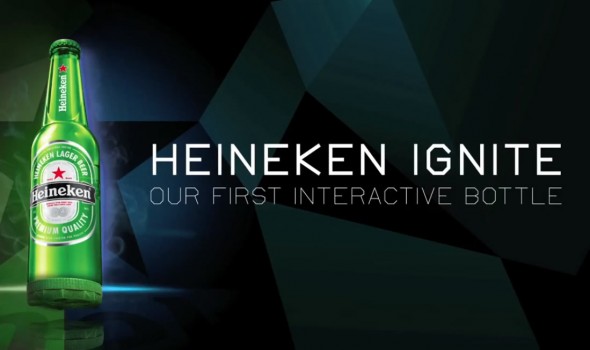 Heineken Ignite lights up beer with LEDs, responds to sounds

The Heineken Ignite concept is gradually going viral and rightly so. This astounding idea has led to some pretty amazing viral shares across the globe, since it was first introduced. The brewing giants have never stepped back from creating something sensational. With the Heineken Ignite, they have introduced the concept of illuminated bottles that don’t just glow, but glow responsively as you drink responsibly. The concept was introduced at Milan Design Week and set the stage on fire with the ‘interactive beer bottle’ positioning. The bottle glow when folks raise them and scream ‘cheers!’ and creates a cool equalizer like musical lighting effect when the music decibels hit party pitch. At the end of the day, you’re wielding an amazing illuminated piece of glass that holds your beer and there’s nothing more trippy than that.


The Heineken Ignite is still in its concept stage. There’s no doubt that should this be put on the supply chain, would it cost a bomb? Would it lead to more e-waste? Well, time will tell. Till then, Cheers!