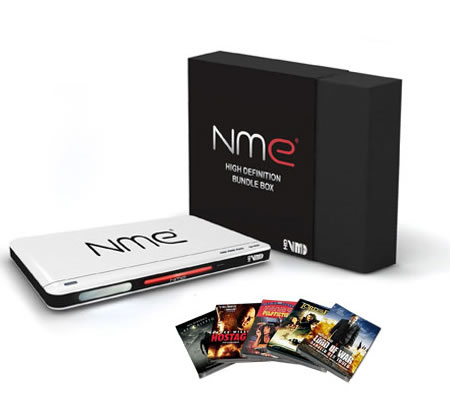 HD VMD Format Claims to be cheaper, but do we really want it?

Even before you could give a decent burial to the HD DVD Format, even before you could declare Blu-ray the clear winner, another challenger is on its way; ready to confuse and confound you. Quite blatantly the new format is incompatible with Blu-ray and is called HD VMD, for versatile multilayer disc. New Medium Enterprises, the London Company behind it say that their format is much more economical that Blu-ray. By undercutting the competition in production, replication and hardware costs, it thinks it can find a market among consumers with less disposable income, particularly outside the United States. Apparently the new system uses the red-laser technologies found in today’s standard-definition DVD players where as the Blu-ray and HD DVD machines use a more-expensive blue laser system.

In a bid to secure market position, HD VMD is promoting itself as a $199 player. In comparison Blu-ray players generally cost more than $300. In about 5 weeks time sales through Amazon are scheduled to begin. However it is to be noted that securing a cheap player doesn’t meant movie titles will be available in that particular format. Up till now New Medium has just 17 movies available to customers in the United States at the company’s online store, including little-known ones like “The Enigma With a Stigma” and “Kandukondain Kandukondain,” a South Indian production.
Source