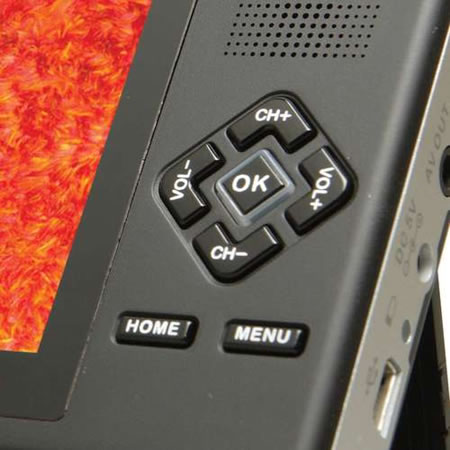 CeBIT 2008 sees Hauppauge Digital unveiling a host of new devices and the list includes a portable media player with Freeview, a high definition video recorder for PCs, and a “double twin” TV tuner for Vista and Media Center. The “pMP” is a portable player with 320×240 3.5-inch screen, mobile Freeview TV reception, EPG and text functions. It weighs 200g and measures 12 x 7.8 x 2 cm, featuring a rechargeable Lithium battery with a four-hour life. It has been designed to auto-sync via USB with a Vista or Media Center PC, a plug-in SD/MMC card stores recorded music, video and images with support for photos in JPEG, audio in MP3 and WAV and video in MPG, VOB and AVI (MPEG4 ASP, XviD, DivX 4.0/5.0). Next introed is the Hauppauge HD-PVR, which is a plug-in USB stick with a built-in H.264 HD encoder to view and record HD video on a PC. The kit includes software to create HD disks for playback on a Blu-ray player. The new HD-PVR stick can encode 720p and 1080i HD sources at up to 13.5 Mbit/s on the fly to the PC’s hard disk. The stick is also supplied with Arcsoft PC authoring software that can burn video HD DVDs for playback in Blu-ray players. Bring up the rear is the HVR2200 is the world’s first double twin tuner TV card for desktop PCs. The PCIe card includes two analogue and two digital Freeview tuners, and is designed as an add-on for Windows Media Center and versions of Vista with TV capabilities. It guarantees twin-tuner functions inside and outside Freeview areas, and comes complete with analogue video capabilities so that it can hook onto a camcorder or set-top box.