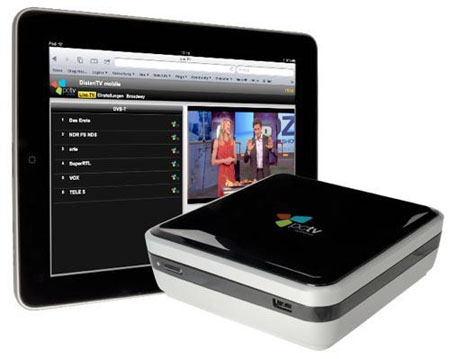 If you own the iPad or the iPhone, you need to explore the world of exciting supporting technologies that are up for grabs. Among the crowd of media add-ons, we have the Hauppauge Digital Broadway Box that provides a new dimension of viewing live television on your iDevice. This small stand alone device connects to any TV signal and will flawlessly stream live broadcasts to your wireless device. You can enjoy Live TV across the internet or on your home wireless network setup as well.

Expect the pleasantries to come by late July or early August, 2011. It will cost you $199.
Xydo