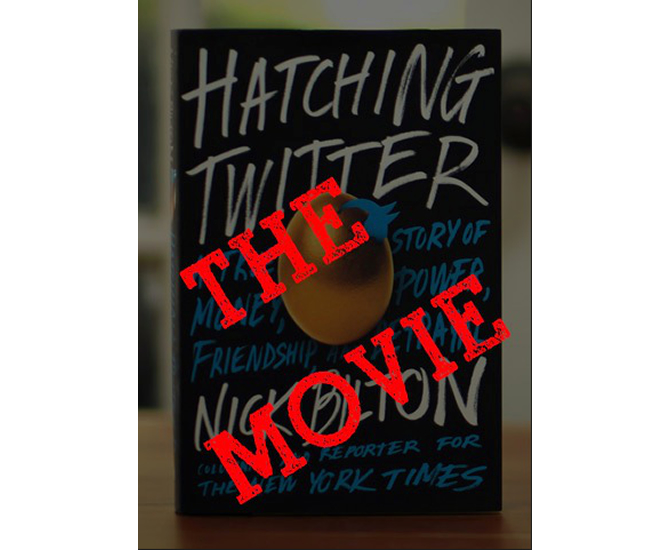 The based-on-true-life movie genre is always a good one. Doing movies that inspire people to do things that normal people or at least those with great drive and talent, do to achieve great success in life is always a great story theme. Of course what would these stories be without insurmountable odds, cocky youth and loyalties betrayed right? As it is, it seems like Nick Bilton’s book “Hatching Twitter: A True Story of Money, Power, Friendship, and Betrayal” is possibly going to be the next big movie that Sony or some other big Hollywood studio may be interested in. It’s story of, well, as the title says – Money, Power, Friendship, and Betrayal. Hmmm… it seems little familiar. A movie about a popular social network that’s true, and also has a lot of friendship, betrayal, money and power…. what was it again… oh yeah, The Social Network, aka, the story of Facebook.


However, there’s rumor that this might not be a full length feature film but more of an HBO or Netflix type mini series. The story is interesting even if it might seem similar to that of Facebook’s. There’s plenty of depth to explore here and we cold be seeing names like Elijah Wood who could play Jack Dorsey. The author hasn’t made any comments regarding this page-screen rumor of his book nor has any studio made any announcemnet. The book will go on Sale at the beginning of November and the social network Twitter is also set to go public a few days later. This is probably the right time to announce a movie as well, and while all instincts might point to this being true, I’m sure we’ll hear something more concrete from the Hollywood grapevine soon enough.