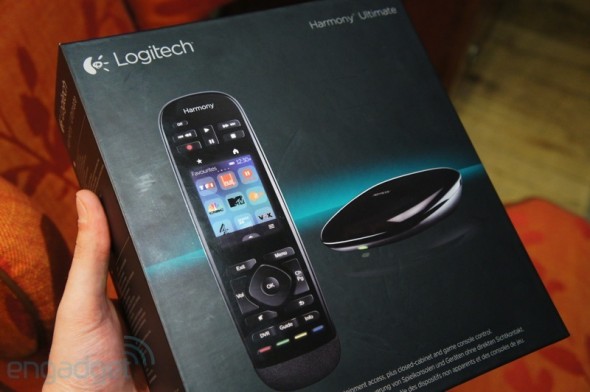 The aspect of a remote with a cool display and universal capabilities is always eluding us. It was a fad a few years ago but off-late, a natural slump has been observed. Just why we are all perked up with the arrival of two new successors to the Logitech Harmony line of controllers. First up is the Harmony Smart Control. This palm sized box receives commands from remotes via radio frequencies or from cellphones via Wi-Fi and is capable of broadcasting commands to your media setup via IR or Bluetooth. Next is the Harmony Ultimate, which also goes by the name of Touch Plus. It comes with a trigger-like nub for better grip, IR, Bluetooth and RF to control up to 15 devices, and is programmed using Logitech’s software for PCs that pulls settings from a database of 225,000 home entertainment products. The Ultimate will be armored with a 2.4-inch touchscreen display and offers a favorite channel list for easy hopping. Head after the jump for a video.


The remotes are supported by free smartphone apps for iOS and Android with dedicated tablet apps arriving soon. The Ultimate is expected to arrive in Europe and the US by late April or early May for $349.99, with the Smart Control variant following in May for $129.99.
Engadget