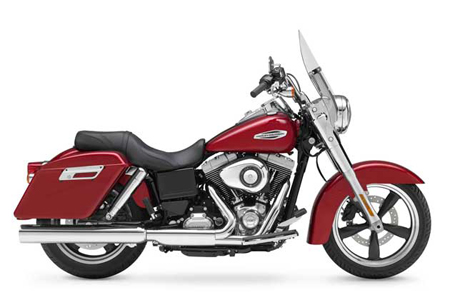 Harley-Davidson pushes in two new models in the 2012 queue

Harley-Davidson takes us by storm with their announcement of two extremely sexy new bikes. The 10th anniversary celebrations with the release of a special edition V-Rod is complemented with another release, of what they call Dyna Switchback. The V-Rod will be the best sequel of the liquid-cooled bike and will be dressed in an aluminum body. The Dayna Switchback, on the other hand will sport a detachable windshield and a set of removable hard bags to ensure that you’re equipped when you set-off, along the country side. It will make your ride a blissful one with the famed Twin Cam 103 engine and 100 pound-feet torque.

The existing range of Harley Davidson bikes have also received an upgrade with the Night Rod Special getting light-weight wheels, a tapered tail and an inverted front fork.
Autoblog