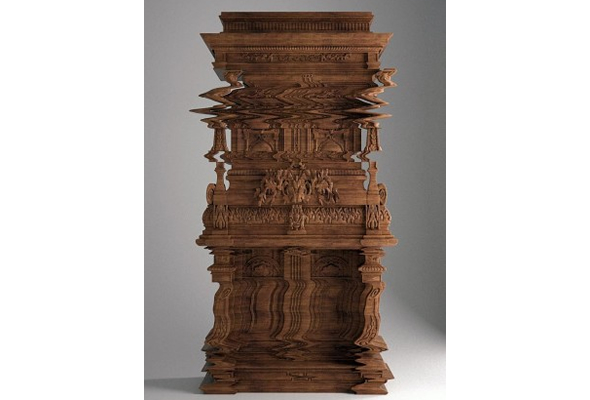 Hand-carved Good Vibrations cabinet appears as distorted as a glitch

Cabinet innovations generally tend to be swanky and smart. However, in case of artist Ferruccio Laviani, one gets closer to their games by being a part of it. What better than a tangible glitch design to inspire the senses? It may disturb your eyes but the distortion in the design is so much more realistic and original than most of the sleek, polished works we see on the tube. Laviani christens this as Good Vibrations. It is expected to make its appearance at Fratelli Boffi’s 2013 Furniture Exhibition. It’s strange how this piece of art could attract the inner geek in the few furniture artists and enthusiasts who’d be passing it, inspiring a double-take and that knowing grin. Priceless!


It’s so amazing to be baffled as to how the image here resembles something digitally created as a glitch or naturally. It’s good to know that furniture sculpting is inspired by the world of digital bots, we are growing to be.