What’s that in the sky? Is it a car, a boat, a helicopter or a jet? It’s all of them and more. Say hello to the Halo Intersceptor that easily fits the bill of being the vehicle that will put the Bat Mobile to shame. Its design is influenced by Bat Man’s super-car to some extent. Designer Philip Puley from Great Britain managed to pack just the best chassis’s for the vehicle, four in all, each, for the boat, car, jet and copter. Do not be too surprised to see this in the next Bond movie. It is totally built for the silver screen, unless of course, some rich kid decides to buy it and leaves it on a shelf as a mundane masterpiece.

In real time, I believe that converting will take a significant amount of time that, in a Bond movie, would give the bad guys an edge. But then, that’s what we have VFX for, no? 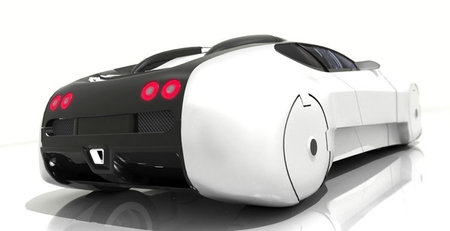