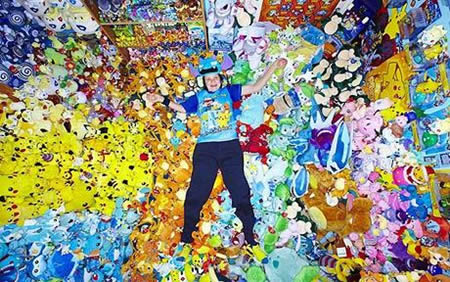 The Guinness Book has some pretty weird records but that’s their deal right? But here’s one that honestly, on a personal level, is really one of the weirder ones. A lady named Lisa Courtney has been listed in the Guinness Book Gamer’s Edition as having the largest, wait for it… Pokémon collection in the world. Her collection consists of a total of 12,113 items that range from anything and everything to do with the popular Japanese animated characters. She’s 21 years old and says that it’s taken her 13 of those years to build up this collection. When she first started she says she had no idea what or who Pikachu was, she just liked the character. Go figure!
[Telegraph]