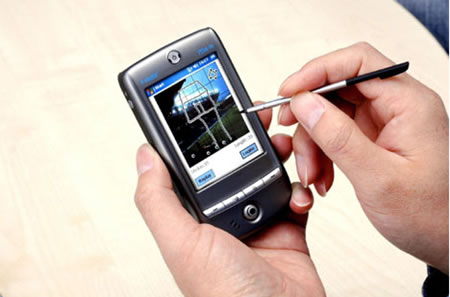 To understand this concept, you need to know that the way that I draw my kite is way too different from the way you draw yours. Based on this idea, researchers at Newcastle University are developing a Graphical Password using pictures that will also be easier for people with language difficulties such as dyslexia. So you wont need to remember any numbers or alphabets, as the password will use your artwork instead. The technology is similar to fingerprinting or retina scanning. Graphical passwords are far harder, or even impossible, for machines to hack using brute-force attacks. The more complex your drawing of an object is, the more secure your device is. The system is called Background Draw a Secret, and it could hit smartphones fairly soon with add-on software.

The computer remembers the number of “pen” strokes used, where the image was started and the order in which they were made. Dr Jeff Yan, a computer science lecturer, and PhD student Paul Dunphy have developed emerging Draw a Secret (DAS) technology and applied it to a background image. The improved software is known as BDAS – Background Draw a Secret, which makes it easier for the user to remember where to start drawing on the screen. Dr Yan said: “Many people find it difficult to remember a password so choose words that are easy to remember and therefore more susceptible to hackers. Most of us have forgotten a pin number or a password at least once, which is why we tend to make them so easy to guess. However, the human mind has a much greater capacity for remembering images, and it’s certainly true that a picture is worth a thousand words in this instance.”
Source
Via