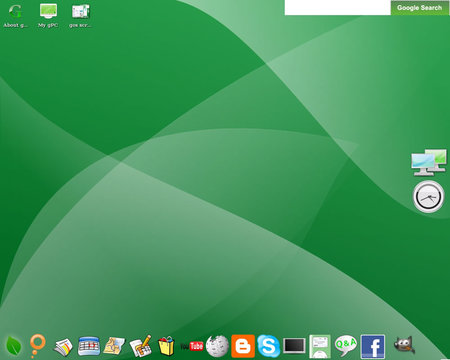 Google’s computer operating system, ChromeOS, likely to be available by 2010

It will be done before doomsday, 2012. And hell yeah, I wanted to see this day before I passed away. Google’s very own operating system is here and for real. The company announced it as ChromeOS, stating that it will be aimed toward notebooks. ‘Speed, simplicity and security’ is the motto that has driven the making of this next wonder of the tech world. There will be no problems like virus and worm attacks, since the underlying security system of the operating system are being revamped by Google. The OS will work with both ARM and x86 processors. The fascinating news is that it will help users develop programs that will run across all systems that have Windows, MAC and Linux. This means that we have finally landed on one stable, dependable and above all, safe platform.

ChromeOS is likely to be released in the second half of next year. It’s still big news since its fresh. But it is likely that Google’s pursuit to tie up with the open source community will attract a user base good enough to take the OS to the top in no time.
[Boingboing]