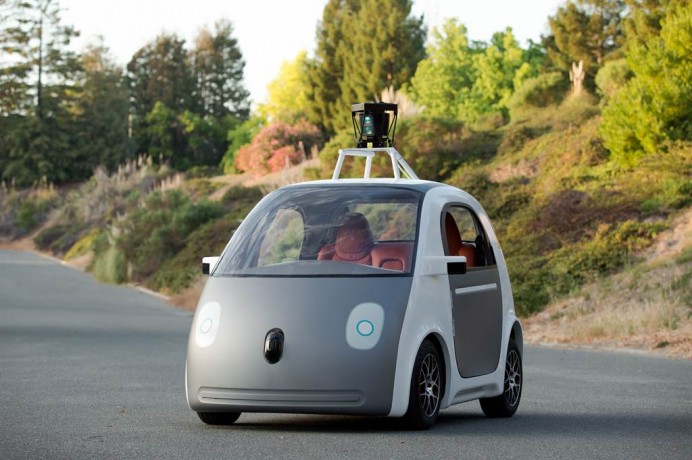 Few days ago we told you the prototype of Google’s driverless car is out and being tested. Now we have the details of not only how the car looks on outside, but what’s inside the car. The cutesy curvy little car houses two seats in a white body. Adding the manual steering, headlights and brakes was a compulsion since they had to adhere to the road rules in California. The driverless car has in built sensors on top of it through which it can detect objects up to two football fields away in all the directions. The car can attain a maximum seed of up to 25 miles per hour, but for now it is being programmed to not exceed the speed of 10 miles an hour due to safety reasons.

The goofy and adorable looking fully functional driverless car by Google is being tested on closed tracks as of now, but these small and sleek to like cars might bring a smile on your face when you actually see them on the nearby street sometime next year.