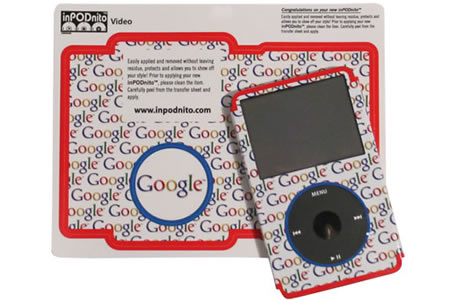 Show you love for Google the world’s favourite search engine by the inexpensive vinyl wraps for fourth and fifth-generation iPods and the iPod Nano. Made by inPODnito, the repositionable wraps are adhesive-backed, and feature a repeating Google pattern.

The Vinyl wraps for the iPod are available at the official Google store for only $ 1.75 each.
Source