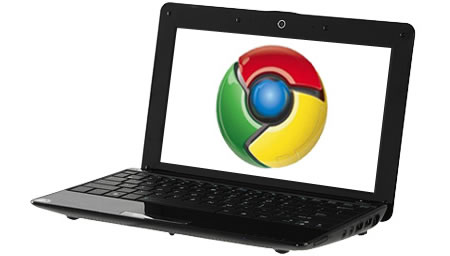 Google have been clawing at our inquisitiveness with all the volcanic hype they built with the launch of Android platform for phones in the not-so-distant past. However, as if that was not enough, the speculations of Google Chrome OS begin to surface and now it gets even meatier. It seems that this OS will roll out on Google’s very own notebooks! Yes! We can hope for an Intel Atom processor in this one. So far its all speculation and it will make some foreheads sweat. Hail Google. Last time around it was the Nokia booklet that drove everyone bonkers, now we’ve got so much more to look forward to.

Speaking about Google Chrome earlier the company was quoted saying, ‘The Google Chrome OS team is currently working with a number of technology companies to design and build devices that deliver an extraordinary end user experience. Among others, these companies include Acer, Adobe, ASUS, Freescale, Hewlett-Packard, Lenovo, Qualcomm, Texas Instruments, and Toshiba.’. Maybe they’re getting all the good things together.
[Techcrunch]