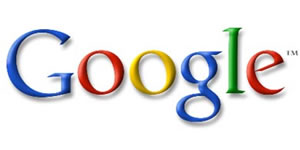 Google in talks with Verizon for Gphone

Apparently Google is in “serious discussions” with Verizon Wireless to put its mobile “GPhone” software on Verizon phones. For such a long time people have been speculating whether the Gphone is an OS or a software for phones which includes services like Web search, Gmail, YouTube, and Google Maps, onto phones made by existing handset makers. It is also believed that the new Google mobile OS will be an open platform on which application developers would have free reign to develop a range of new applications and services. According to the Wall Street Journal, Asian cell phone makers HTC and LG Electronics will be the first two handset makers to use the software. However, T-Mobile USA is rumored to be the first U.S. operator that will sign on with Google. The new Google software will also supposedly offer integration with advertising platforms.

Speculations suggest that Google may be offering Verizon a free or very cheap licensing deal to use its software on phones. Verizon may opt for locking-down the phones if it chooses to. This means that the Google-powered phones on a Verizon network might not be “open” at all to consumers or developers. According to Charles Golvin, an analyst with Forrester Research, “A Google-software enabled phone makes the most sense in emerging markets. The next 1 billion to 2 billion cell phone users are going to be people in these markets. And most of them will not own a PC. For Google to grow its Internet audience there, it makes much more sense for them to optimize the Web experience on a phone.”
Source