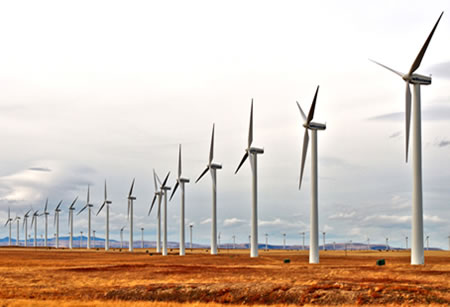 Its unlikely that you will find googles name on a search result for windpower, the independent internet search engine will now generate its own electicity by harnessing windpower. BNIM Architects, a Kansas City, Mo.-based company, says that Google is considering the possibility of building a 20-megawatt wind-powered data center in Greensburg, Kan. Bob Berkebile , a partner with the company, told Greensburg residents and officials about BNIM’s plan for helping to rebuild the city, which was destroyed by a tornado in May. No doubt it’s still early in the process, but Berkebile said Google is “currently doing feasibility studies on the possibility” of building the data center. The city is in the midst of trying to rebuild the city on the foundation of being green .

Google isn’t new to moving its data mines around remote areas if the economics make sense. . Its project in Iowa, for example, includes cheap power from a utility that plans to add more wind power to its portfolio. The search engine giant announced this summer that it wants to go carbon neutral by 2008 (note: that’s in a few days), and so seeking out alternative forms of energy is a priority. It’s already installing nearly 10,000 solar panels at its Mountain View, Calif. headquarters to provide 1.6 megawatts — about one-third — of that facility’s energy needs .
Source