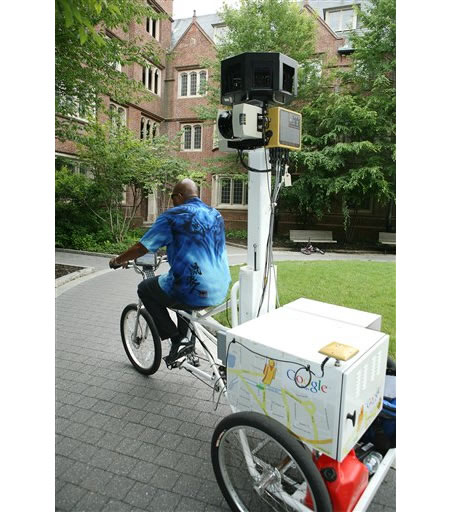 Google goes on tricycles to expand coverage of map

When Google does business they mean business. It has been apparent for all their activities so far. They have proved it again with this. A pedicab-like vehicle mounted with an 8-foot-high camera has been rolling around the pedestrian walkways of the University of Pennsylvania to collect panoramic images of the campus for Google Maps’ Street View feature, which gives users detailed, street-level views of map locations over the Internet. This is part of Google’s expansion plans for individuals to be able to have more coverage of its maps.

The 250-pound vehicle, which resembles the pedicabs that carry tourists around Philadelphia and other cities, has the cyclist pumping the pedals up front, with the camera mounted on a tower in the back. On the rear is a red generator along with a large white chest that looks like it might dispense ice cream but actually contains the computer recording the digital images. 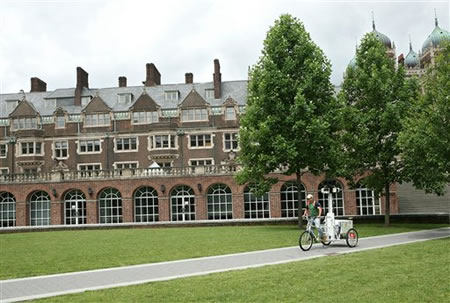