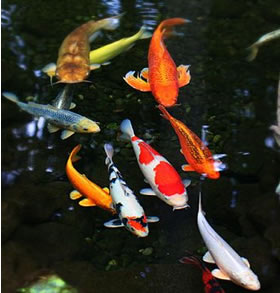 It’s true that Google Earth does a fair bit to show us the wonders that lie beyond our land and budget. Sitting here on my chair in this dingy office I can easily take a peek at the other end of the world with just a few clicks. However, there are more dangerous people than myself, sniggering evilly as they map their victims’ homes using Google Earth. I’m talking about thieves – technologically sound ones. They use Google Earth to locate the exact location of ponds and aquariums in people’s houses that are larger than life, and guessing that they may contain some expensive fishes, they attack. There have been twelve such robberies reported in which it’s not only fish, but also expensive aquarium equipment that was stolen. Now I tell you, that’s one thief with a passion.

Google have safely washed their hands in this matter stating, “Google Earth creates no appreciable increase in security risks, given the wide commercial availability of high-resolution satellite and aerial imagery of every country in the world”.
[Pocket-lint]