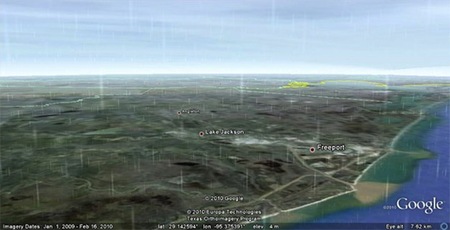 Who doesn’t love Google Earth? Use it to zoom around the globe, explore cities or dive deep under the sea. Access it via Android smartphones or iPad – you can literally take the world with you, anywhere, anytime. Now Google have added a real-time weather feature, so you can track the clouds, snow and rainfall as they happen, too. At present, the feature is available over Northern America and Western Europe only, but as these are pretty snow and rain-dense areas, they should keep the bods at Google fairly busy for the time being. The feature is potentially useful, what with natural disasters and climate change and all. For those of us just interested at watching the snowfall as we swelter in 40-plus degree heat, it is also kind of cool. The latest version of Google Earth is available here.
[FastCompany]