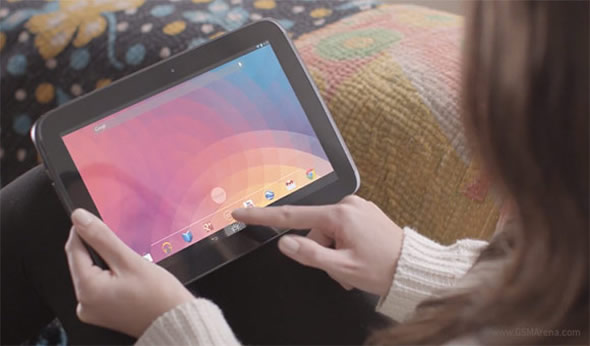 We were all looking forward to this and the moment has come to pass. The Samsung-manufactured Google Nexus 10 tablet has finally been made official. The slate comes with a 10.1-inch display sporting a pixel density of 300ppi and a resolution of as high as 2650×1600 pixels. Did I hear ‘Retina Display’? This has superseded the 264ppi density of Apple. Thanks to the prowess of the manufacturer’s Exynos 5 chipset with two Cortex A15 cores at 1.7GHz, quad-core Mali T-604 GPU and 2GB RAM, the tablet’s quite a monster on speed. It will parade Google’s all new Android 4.2 Jelly Bean quite smoothly. What’s more is that it packs a battery with tremendous 9-hour continuous video playback capacity.


The Nexus 10 tablet will be available from November 13th on the Google Play store in the US, UK, Australia, France, Germany, Spain, Canada and Japan. The 16GB version will cost $399 while the 32GB one will come for $499.