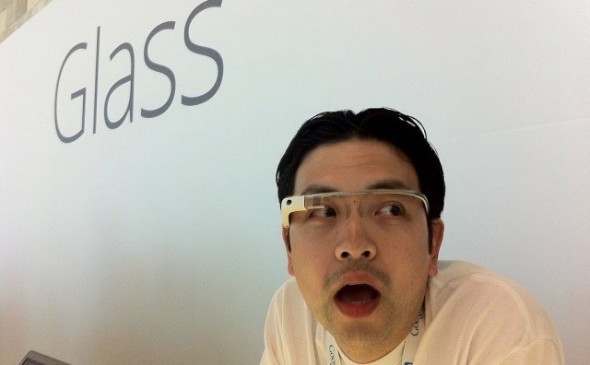 Google Glass hacker claims he can hack into anyone’s Glass

Last week we brought you the news of a developer who was able to jail break Google Glass, at that point of time all the info we had was a tweet and a few comments on Reddit. Later Jay Freeman aka Saurik published a detailed report on how he got passed the Google’s data-wipe security feature. As Google Glass is an Android device which runs an ARM-based Linux kernel and can run Android user space programs and custom libraries, it can be tweaked easily to change its default behaviour. Google Glass by default records only a 10 sec video, but a code can be easily written to override it, it can not only take videos for as long as the user wants but even take pictures surreptitiously, that too with a custom set innocuous command like a hand gesture or a voice command.


Along with these revelations, Jay revealed something more troublesome for the Glass users. He said that he can hack into anybody’s Glass. “The idea is that if I am given physical access to your Glass, within a minute or two I can have installed software on it which now follows you throughout your life, recording everything you do; I know where you are, I see through your eyes, I hear through your ears: the only thing I am unable to record are your thoughts,” said Jay. Now that’s not good news for Google and even its Glass users. Hope Google takes notice of it before it rolls out the production version.