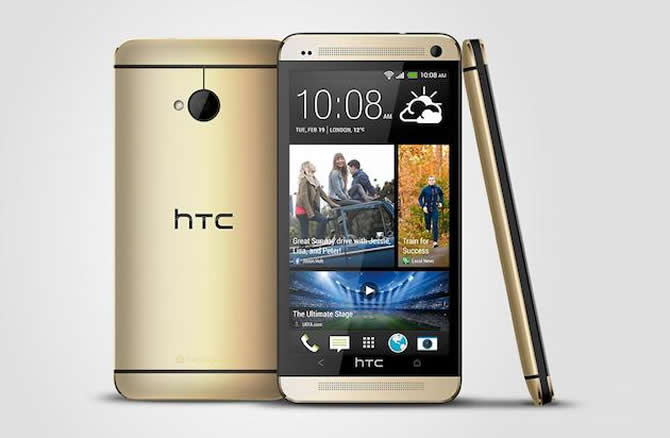 Mass-production gold HTC One made official

After making an appearance in the wild in the form of leaked images, HTC has finally unveiled the gold version of its flagship One smartphone. And this time it hasn’t arrived in the insanely expensive 18 carat gold MOBO-themed HTC One iteration, but a proper fifth color option alongside its silver, black, blue and red designs. The images of the chassis of the Gold One was leaked back in September and we are wondering what took the Taiwanese smartphone maker so long to officially launch it. The popularity of the HTC One has slumped in the past few months which forces us to question, is it a good move? Will it renew the failing interest by cashing in the popularity of gold colored smartphones or is the company a little too late in the game?

Under the hood, the specifications remain unaltered which means it’ll come with the same Qualcomm’s Snapdragon 600 processor and the 4-megapixel UltraPixel camera. The pricing and availability hasn’t been divulged yet but HTC says the device will be available across Europe with a number of partners.