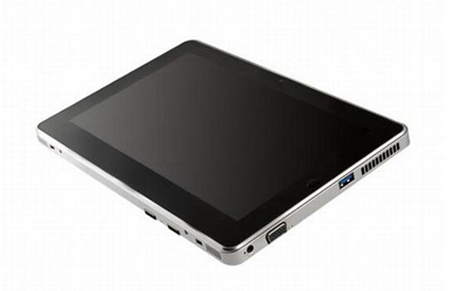 If you’re torn between the beauty of the Windows 7 Home Premium platform and the stability that Android promises you then there cannot be a tablet offering better than this for you. At least yet. The Dual Boot tablet expected from Gigabyte flawlessly supports both these platforms and offers Intel’s Atom processor, according to a report. Named the Gigabyte S1080 is nothing but suggestive of the possible camera and shooting capabilities that this one may pack. All of this boils down to the fact that there may be something as superlative as this force to take on the iPad 2.

What’s fact too is the release date of this tablet. The Gigabyte S1080 is expected to come in by October, costing $400.
Geeky-Gadgets