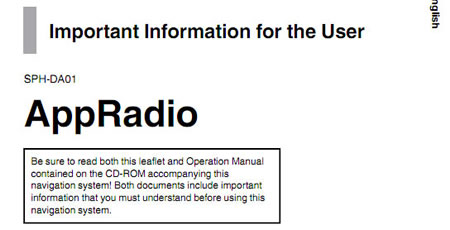 Get a Pioneer AppRadio, with the look of iOS

Pioneer has announced plans for a car audio head unit that features an GUI similar to iOS, complete with apps, iTunes, and iPhone connectivity. The Pioneer AppRadio, model number SPH-DA01 head unit is a radio designed around iPhone and iPod. The UI features homescreens, each with two rows of three app icons each. While it is expected to be exactly like the iOS experience, the radio won’t run iOS. Physically, it looks a lot like an Apple device with a home button mounted under a glossy multitouch, capacitive 6.1-inch screen with a volume rocker mounted on the driver’s side. The Dock Connector cable plugs into a USB port on a rear-connecting cable adapter which also features an S-Video and RCA jack. It also comes with a microsSD card slot, Bluetooth connectivity, AM/FM, GPS, and the ability to hook up a rear view camera. Users will be able to add different apps on the radio, most likely done through a microSD card, although a Pioneer iOS app could also serve up the apps as long as Apple approves.

Pioneer efforts for a fresh interface and lack of optical drive, definitely deserves kudos. If priced right, the AppRadio might be the savior of the dying aftermarket audio market. 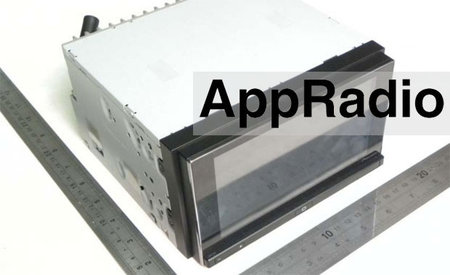