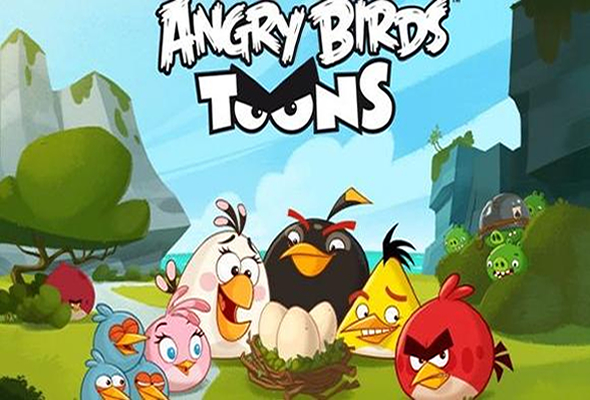 Get ready to know the story of Angry Birds; Rovio to launch Angry Birds Toons

Are you a fan of the Angry Birds? Rovio, gaming company behind the hugely popular game, announced its plan to come up with a short animated series called “Angry Birds Toons” based on the game. Starting March 16th, Rovio will start distributing the videos through its own distribution channels; it is slated to appear on various on demand entertainment channels around the world. That’s not all; the company is trying something completely new. Anyone around the world with any of the version of Angry Birds will be able to watch the videos directly on their app. Rovio will update the apps by next week with a special button on its home-screen that will give an access to videos. There will be 52 episodes of the Angry Birds Toons airing every week for a year. The distribution of the videos through apps is something never been done by any mobile app/game making company but given the fact that AB has already been downloaded 1.7 Billion times, it doesn’t sound that crazy.


“We’ve long wanted to tell our fans the story of the Angry Birds and the Bad Piggies, to introduce their personalities and their world in detail,” Rovio CEO Mihael Head said in a statement. There was mention of deals with Activision, Sony Pictures, Paramount Pictures and BlackBerry in the statement, but no further details on what those agreements might mean.