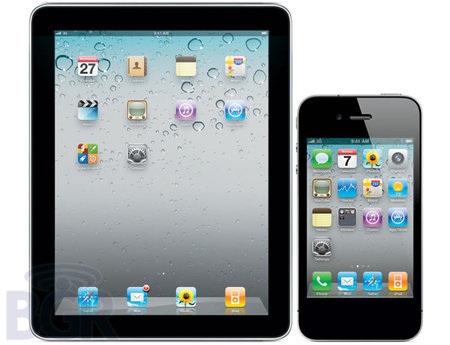 Gesture your way home on the iPad and iPhone

I’m a slave to the ‘home’ button, so am a bit sceptical on this one. However, if sources are to be believed, the reason Apple just added multitouch gestures for the iPad in the latest iOS 4.3 beta is because of plans to lose the home button. Instead of button taps, you will use the new multitouch gestures to navigate to the home screen and also to launch the app switcher. And of course, eventually the change will make its way over to the iPhone too. That’s not all; Apple is also expected to introduce its photo-taking application, Photo Booth on the next iPad, which could mean the unveiling of the iLife apps for iOS as well.

While the phones are still being tested, the next-generation iPad and iPhone devices might see daylight later this year. We know Steve Jobs will be one happy bunny to finally fulfil his wish of no physical buttons on the iPhone.
[BGR]