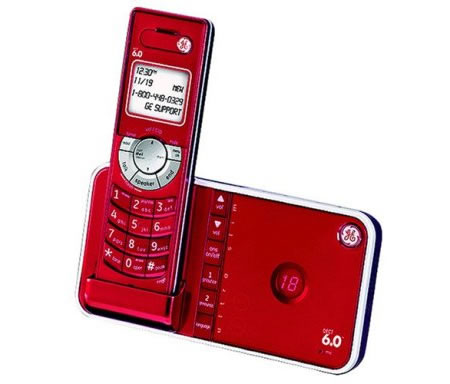 Although your home phone my be redundant now (considering you are on your cell all the while), it may be a good idea to keep it fashionably up-to-date with the GE Ultra Slim Cordless Phone from the Designer Series. In a shiny red avatar, it will quite prep-up your pad. Expect to find the usual suspects, i.e. called ID, LCD display, and digital answering machine on it.