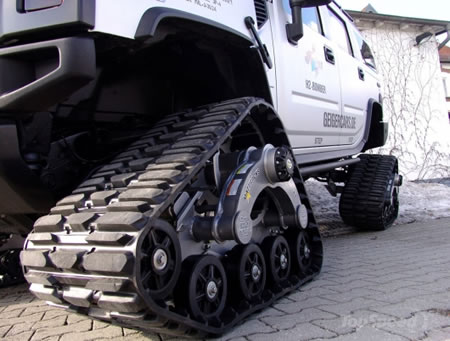 Hummer may be having serous issues finically but that isn’t stopping them from coming out with variants to thrill the off-roader. Enter the ultra off-roading Hummer the H2 Bomber. Actually this isn’t a vehicle envisioned by GM but it’s been modified by Germany’s Geiger Cars in a way that seriously make it quite unlike most of the other variants. These guys have replaced the vehicles 8.5” x 20” rims and 305/60 tires with Mattracks 88M1-A1 rubber tracks on each wheel. This baby will now go places that even the original feared to venture. As if the 6.2-liter V8 engine wasn’t good enough to get you everywhere, these guys have upgraded it a bit to dish out 398bhp at 5,700rpm and 574Nm of torque at 4,300rpm – up from 329bhp at 5,200rpm and 494Nm. There’s no price tag on this big boy yet but me thinks this is not going to be cheap, does that matter? It’ll get you anywhere, and I mean anywhere you need to get to. 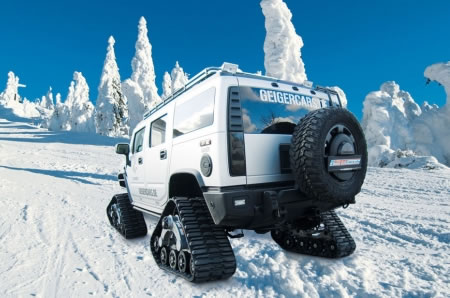