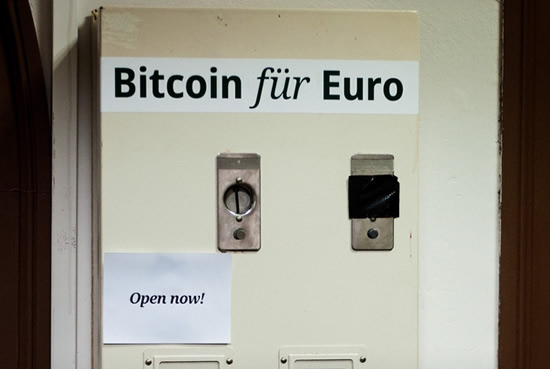 A German art student Max Albrecht for his Bauhaus University’s summer exhibition has developed a Bitcoin Vending machine. You feed in a Euro coin and the machine vends out a printed receipt with a temporary EasyWallet.org link, following the link the recipient can transfer the cash to anyone anywhere with a Bitcoin wallet. The vending machine created out of an old vending machine converts €1 coins into their equivalent Bitcoin denomination, which is about 0.15 BTC.


Albrecht informs that he’d soon be working on an electronic version 2.0 of the vending machine, which he says will be made to convert Bitcoins back into real Euros, unlike the version 1.0 that converts Euros into Bitcoins. What, you want a vending machine for dollars?