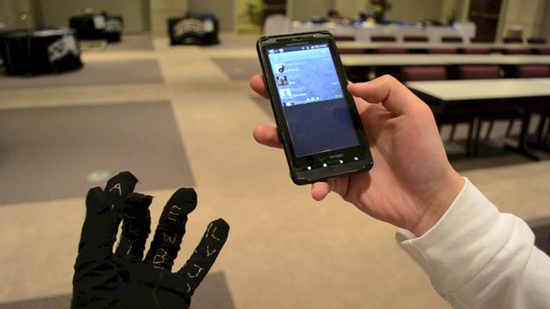 Gauntlet Keyboard is a wearable keyboard

Tired of dealing with fuss and taunts put up by various ports, wires, keys, and response times while typing? There is redemption on its way. It’s called the Gauntlet Keyboard and comes as a wearable keyboard that offers you maximum control on your text and control input. The Generally Accessible Universal Nomadic Tactile Low-Power Electronic Typist is quite an eyeful of brilliance. It is all utility too with Bluetooth pairing and a supposedly convenient placement of alphabets around the glove itself. It looks like a good adaptation of some possible futuristic input system that is wearable and in that case more convenient. This here looks more like a mere concept.