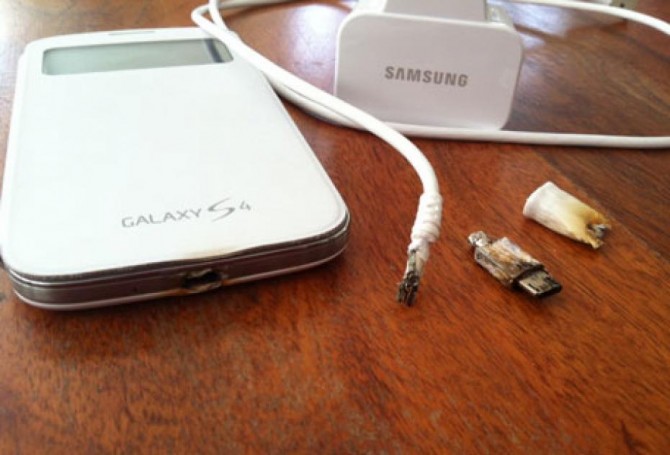 There’s no end to troubles for Samsung as they are coming thick and fast. We quite often come across PR teams of big conglomerates getting it wrong and this time the Korean tech giant got themselves into a sticky situation. Another instance of Samsung Galaxy S4 catching fire has come to the fore. But that’s not the worst bit; the way Samsung dealt with the situation is what can be best described as absolutely rubbish. What exactly happened is — Youtube user GhostlyRich posted a video on his channel earlier this month showing his Samsung Galaxy S4 that had caught fire while charging. While the damage was not as extensive as seen in earlier cases but the smartphone’s MicroUSB port was badly burnt and the battery damaged leaving the device unusable. As the phone was still under warranty so the user got into contact with Samsung to get it replaced.


In such situations, companies generally scramble to get into damage control mode and try to fix the issue in the best way to appease the customer. Samsung’s PR and legal team decided to get aggressive and sent a document to the owner saying that they will exchange his defective device only after he pulls his initial video from Youtube. How many times we have seen such situations backfiring and spiral out of control. The four minute video has already got more than quarter million hits and it will only get worse from here. Galaxy S4’s sales figures have been dismal in the last quarter and such goof-ups are only suicidal.