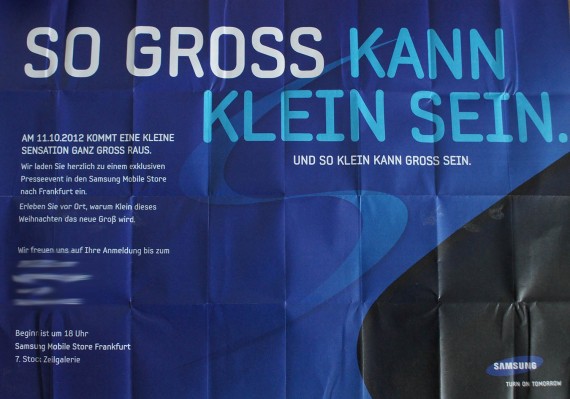 Galaxy S III Mini to be unveiled in October 11?

Samsung has an event scheduled for October 11 in Germany. The Korean conglomerate would be making the leaked Galaxy Music official. An invitation received by a German site reveals the ‘S’ from the Galaxy S series is watermarked on the invitation. The German invitation translates to “small is now a big hit!” hinting a smaller but powerful Galaxy S device. Rumors point that the Galaxy S III Mini will sport a 4 inch WXGA display, a dual core processor and Android 4.1. Mark your calenders as Apple is slated to release the much awaited iPad Mini on October 10 then followed by Samsung on October 11.