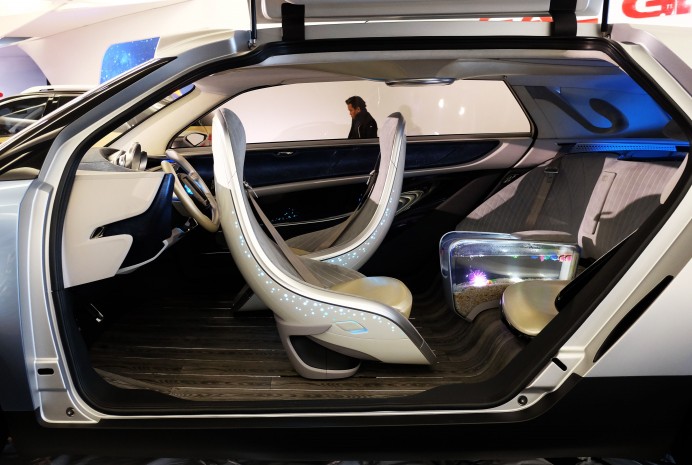 Automobile companies these days give a lot of emphasis on looks and interiors of a car. At the Detroit Auto show, the Chinese Automakers have taken a step ahead when it comes to the interiors of the car. The GAC Witstar is not just driverless, but it also has a fish tank near the back seat! Yes, that’s right a fish tank, but of course the fish are not real, keeping real fish would just not be the right thing to do. Guangzhou-based GAC’s Witstar has a plug-in hybrid drivetrain which is quite similar to Chevy Volt. The electric motor will deliver 127 horsepower and 168 lb-ft of torque which will give the vehicle an electric driving range of 62 miles. The 1.0 litre four-cylinder gas generator takes over as soon as the 13 kWh lithium ion battery pack is exhausted which will give the car a total range of 370 miles. The autonomous driving system by GAC will also be equipped with a laser radar, high speed CCD camera, infrared and GPS. 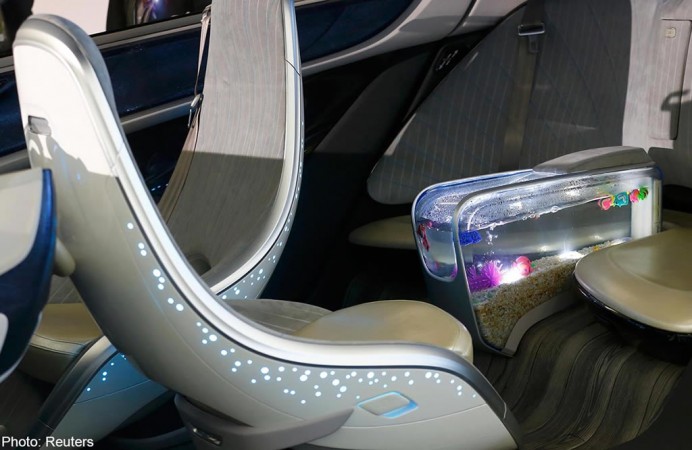 The fish tank will be placed in between the rear seats of the car. The lounge style seats of GAC Witstar look stylish and the exteriors look great too with a pair of massive Tesla Model-esque gullwing doors. All in all everything about the car has a very futuristic feel to it. 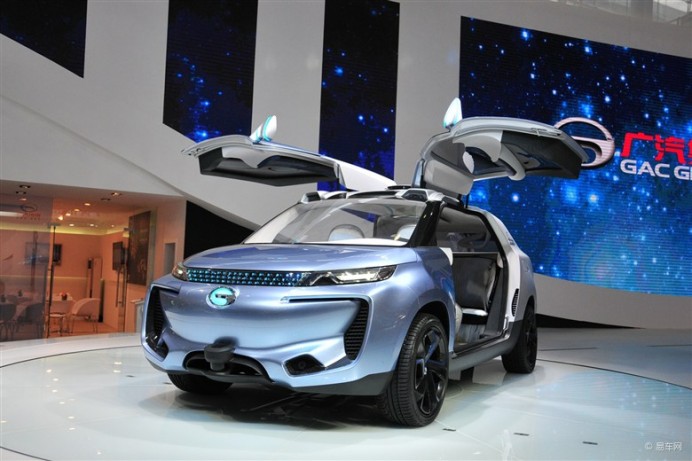