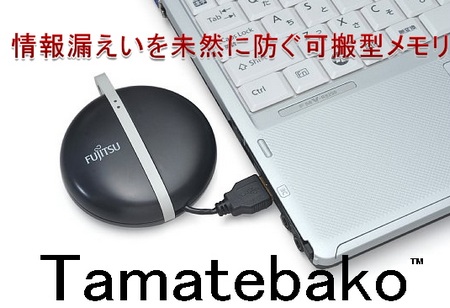 Fujitsu’s Tamatebako is a self erasing drive

If you’ve spent too long trying to locate the USB drive that you misplaced, with all those objectionable photos then you’d rather wish they wouldn’t be on the drive before anyone found it. However, that often remains as just a plea to the heavens. This amazing drive from Tamatebako lives up to its reputation of being a ‘self-destruct’ drive. No it doesn’t blow up into bits; instead it simply deletes all the data in it after a pre-defined time frame.

It has a capacity of a modest 2GB. Additionally, it also supports AES-bit encryption.