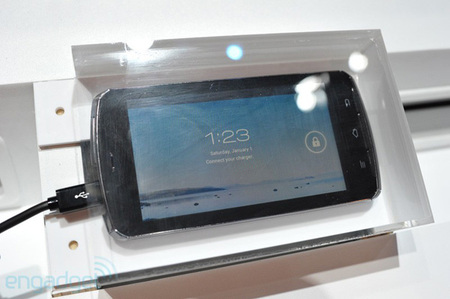 If the Galaxy Nexus Android ICS handset makes you do a flip, then Fujitsu upcoming Tegra 3 baby might almost kill you with excitement. The Jap giant showed off a prototype of its upcoming Android 4.0 driven handset that is prepping a quad-core handset due for final launch at MWC this year. The makers still haven’t revealed all the details but ICS OS and Tegra processor from Nvidia are confirmed at the moment. Fujitsu is known for making phones for Japanese markets alone but the spokesman for the company did concede that this time they are looking at global expansion.