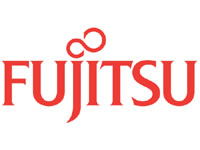 Fujitsu claims to have found key technology necessary to fivefold the highest storage densities existent in today’s commercial hard disk drives. Their researchers have developed the technology that will provide 1 Tb/inch2 density, now they’re seeking to transfer it into commercial products. The company is looking to bring to the market 5 TB desktop drives and 1.5 TB notebook drives. Fujitsu says it has managed to develop a way to build a patterned media device featuring a one-dimensional array nanohole pattern with a track width of only 25 nm, though the ideas are until now only in paper publications and simulation programs.

Fujitsu refrained from commenting on the track width of the hard drives in production at this moment, but it said that the new technology is able to provide the means of climbing density to 1 Tb/inch2. Apparently if you do some math then a 1 Tb/inch2 density would correspond to a 3.5″ hard disk drive with a total storage capacity of around 5 TB, or a 2.5″ notebook drive featuring a 1.5 TB capacity, or a 1.8″ portable drive capable of storing about 500 GB.
Source