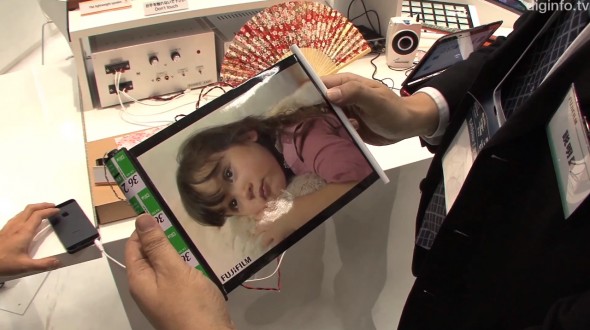 Flexible devices are on the horizon and the world could soon be making use of these. Pushing the development of technology as such further towards reality, Fujifilm has developed an electroacoustic film. Simply put, this development is a flexible film speaker that could soon be used in next-generation devices.


Deforming the film creates no sound distortion whatsoever. Due to this, the film is extremely flexible and does not compromise on sound quality. Up ahead, the world could very well have a retractable, thin, flexible display with this new development teamed up with an OLED display. And that’s not all. This film can also be used to convert sound to electrical signals and can be used as a sensor device.