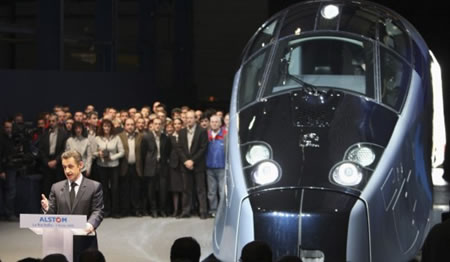 Rail transport in France is about to undergo a transformation with Alstom announcing high-speed passenger trains. Facing stiff competition from Siemens and Bombardier in this multi-billion-dollar rail transport market, it was about time that someone raised the ante. The prototype AGV (successor to TGV) will have a commercial speed of 360 kilometers (224 miles) per hour versus 320 for current models. By using composites and aluminum, the AGV is much lighter than its contemporaries. The entire train weighs 395 tones, down from 430 tones. They also use 15 percent less power than rivals.